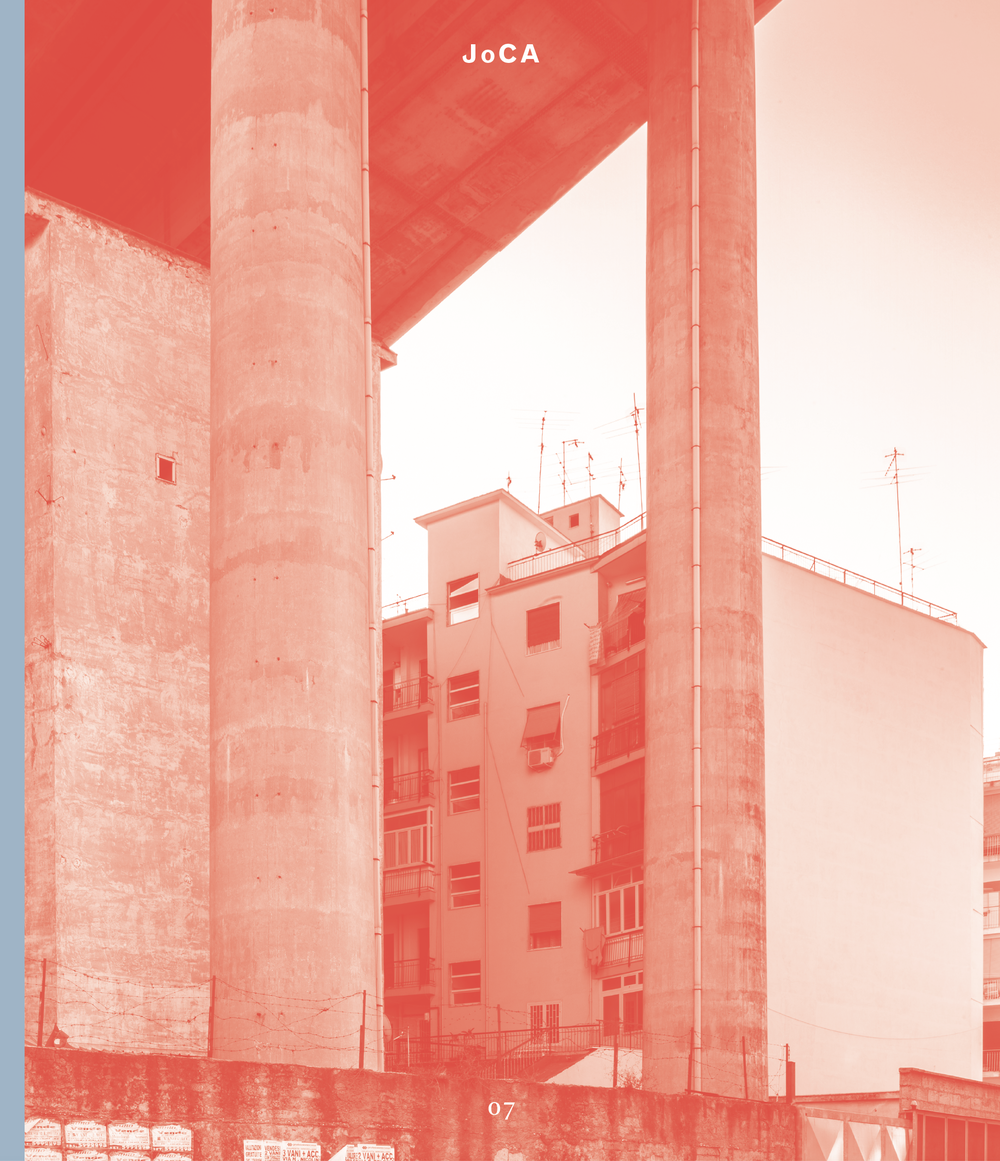 The Journal of Civic Architecture includes essays, visual essays, drawings and design projects that relate architecture, photography, literature and criticism to city life. Each issue is edited by Patrick Lynch, and addresses a series of unpredictable themes concerning urban culture and imagination.

Contributions are invited for the forthcoming issues from photographers, writers and designers who wish to engage in a fruitful dialogue with other creative people about the meaning, frustrations and pleasures of civic culture today. Academics are encouraged to send things that perhaps wouldn’t otherwise find an audience. Please contact us if you’ve design projects, writing, or images that you’d like us to consider for publication.

Each issue of JoCA has a limited print run of 500 copies, and is available to purchase from our website, Magma, magCulture, Rare Mags,  Margaret Howell, Charlotte Street News, The Architectural Association Bookshop in London; and at CCA in Montreal,Copyright Books in Ghent, and at Choisi Bookshop in Lugano, Inga Books Chicago, amongst others.

'John Summerson started his 1946 lecture at RIBA with the observation that “There is a kind of play common to nearly every child; it is that he is in a ‘house’... It is symbolism—of a fundamental kind, expressed in terms of play. This kind of play has much to do with the aesthetics of architecture... The Latin word for building is aedes; the word for a little building is aedicula.” Convinced of the psychological and social importance of multiple scales in architecture—and of play in culture more generally—Summerson concludes, somewhat enigmatically, “The aedicule unlocks door after door” (“Heavenly Mansions: An Interpretation of Gothic”, John Summerson, 1963). The proliferation of small houses within big ones is a vital cultural phenomenon Summerson claims, making architecture capable of situating and communicating meaning.

Summerson’s essay is well known within British architectural culture, and he might be said to be the first, and arguably the best example of an architect who became a writer and historian of architecture. If one takes seriously his statement that “This kind of play (i.e. aedicular house-play) has much to do with the aesthetics of architecture” in general, then its fundamentally civic character emerges as a question of the imaginative co-existence of multiple symbolic and actual scales at once. In essence, attempts to categorise buildings in terms of size, e.g. S/M/L/XL, or type, or style, form or function, or simply epoch, restrict our understanding of the role of the playful imagination in architecture; and in particular of the necessary interpenetration and co-existence—in symbolic and physical terms—of the interior and exterior spatial qualities that make buildings urbane, communicative, pleasurable, sociable and civic.

By way of illustration of this point, the civil engineering projects of the modern Italian landscape create a form of urbanity, but not something that is obviously civic. In contrast, the temporary military tent architecture of a Roman camp was oriented towards the cosmic and civic values of Rome itself, Joseph Rykwert reminds us (in The Idea of a Town: The Anthropology of Urban Form in Rome, Italy and the Ancient World (1964). This is why festivals and provisional architectural structures posses still today the capacity to embody and to bring forth civic life, as Marina Engel suggests in this issue of the JoCA.

Arguably, the mathematical, material, formal, structural and aesthetic qualities of buildings give them coherence and elegance—harmony and proportion—enabling them to attain the embodiment and silence necessary for the kind of anonymity that civic life thrives upon. We see millennia of this sedimented material and cultural spontaneity, and continuity, in the streets and squares of Italy. Adam Nathaniel-Thurman’s work, made when he was at the British Academy in Rome, interprets this sedimentation as psychic strata, fusing memory and imagination via mimesis. As Luigi Snozzi revealed, a tradition of political and tectonic modernity grows most fruitfully from profound respect for the common civic ground of human ecology. Claude Megson, similarly, exhibited a deep interest in the intersection of architecture, urbanity and nature, and his houses are like prose poems or rhetorical civic addresses—they compel us, through argument and example, to be more fully alive, especially within the domestic sphere.

Tony Fretton is almost unique in British architecture as being equally accomplished as a brilliant writer and as an inspirational architect. In our recent conversation, published here, I was reminded of the serious purpose of imaginative play implied in Summerson’s essay. Tony’s work represents the fierce freedom and joyful commitment of the architectural imagination to making the world appear anew to us—in all of its strange messiness and tender wonder: it is a civic, poetic, self-critical gift, and one that we can learn from.' 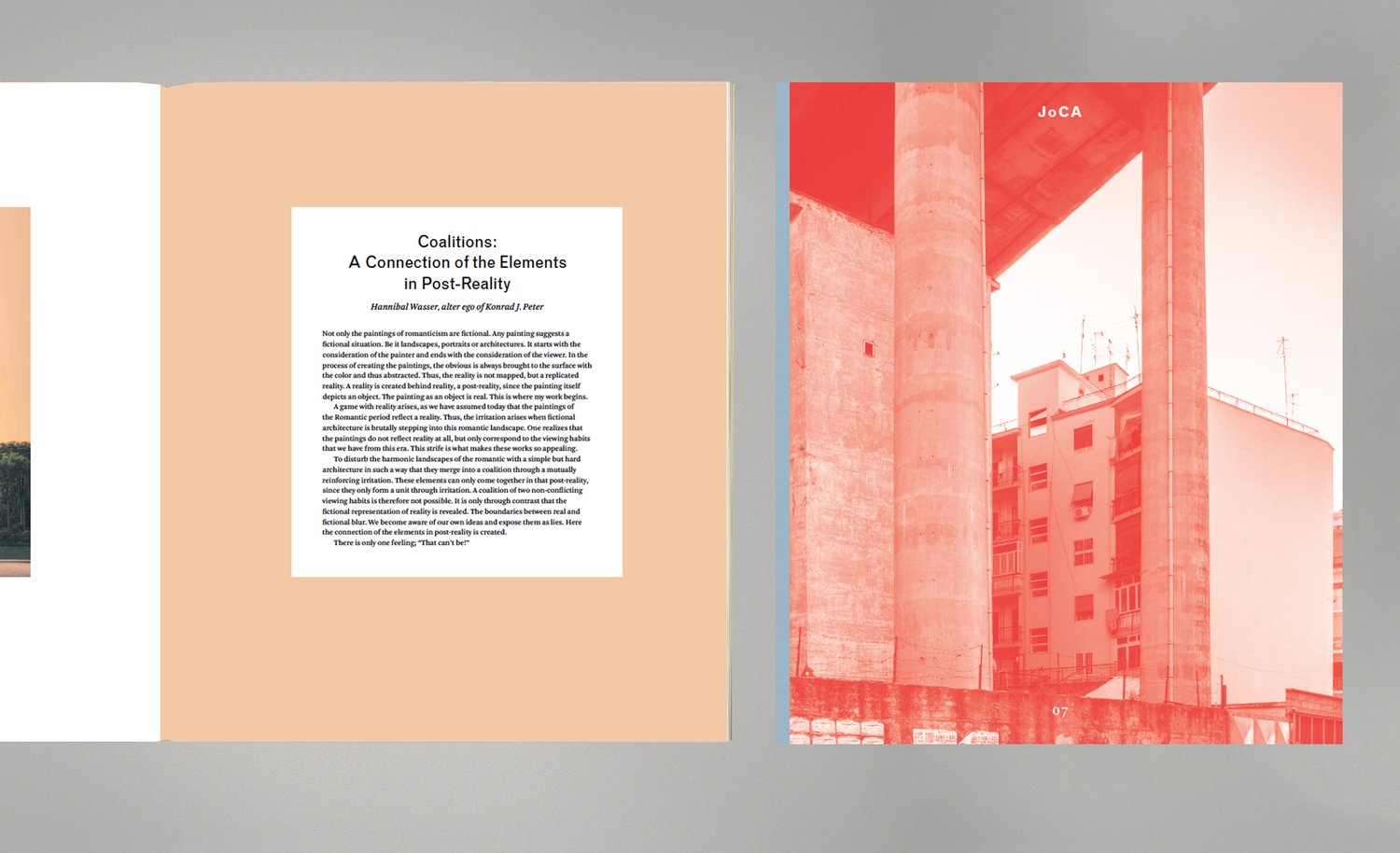 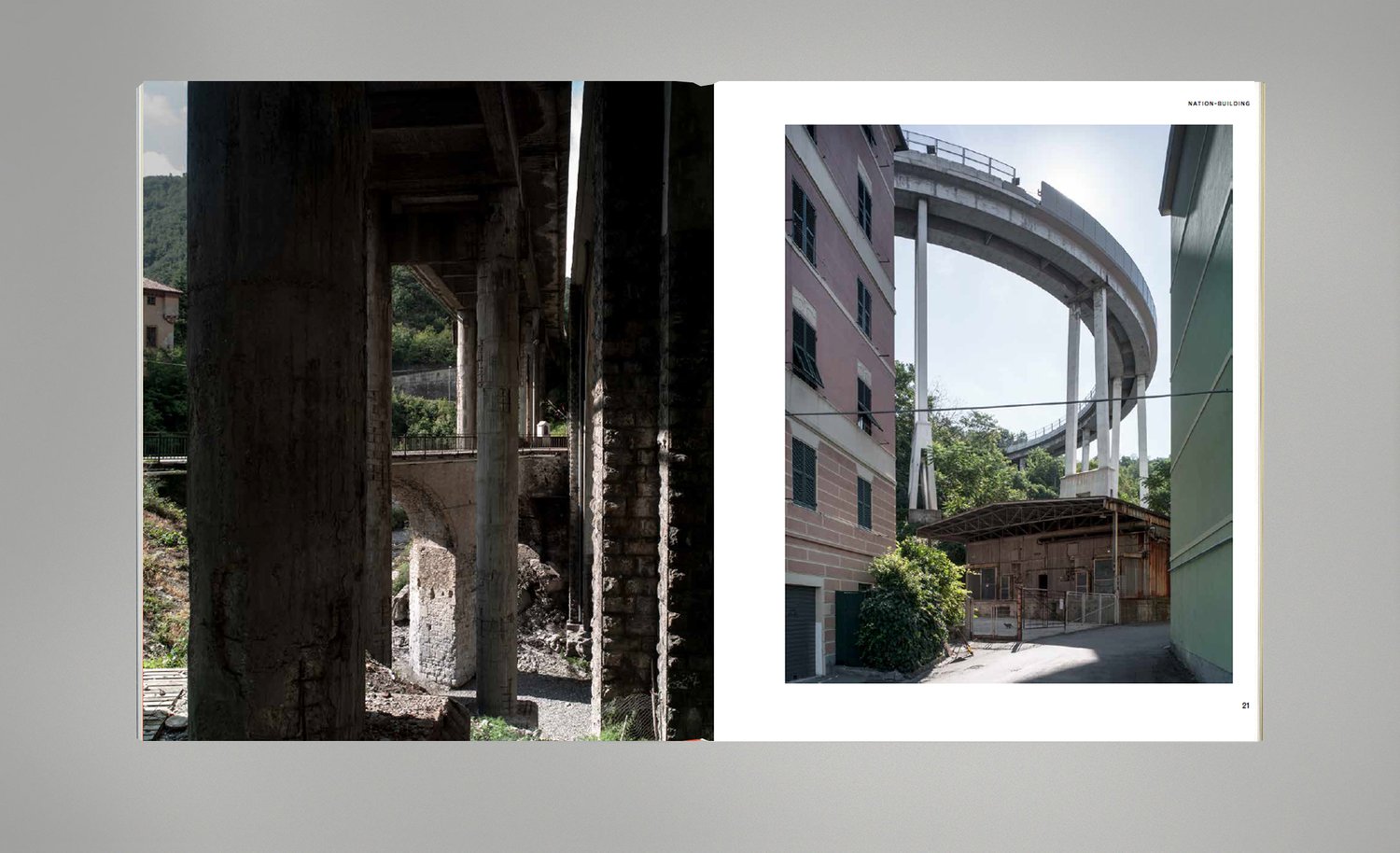 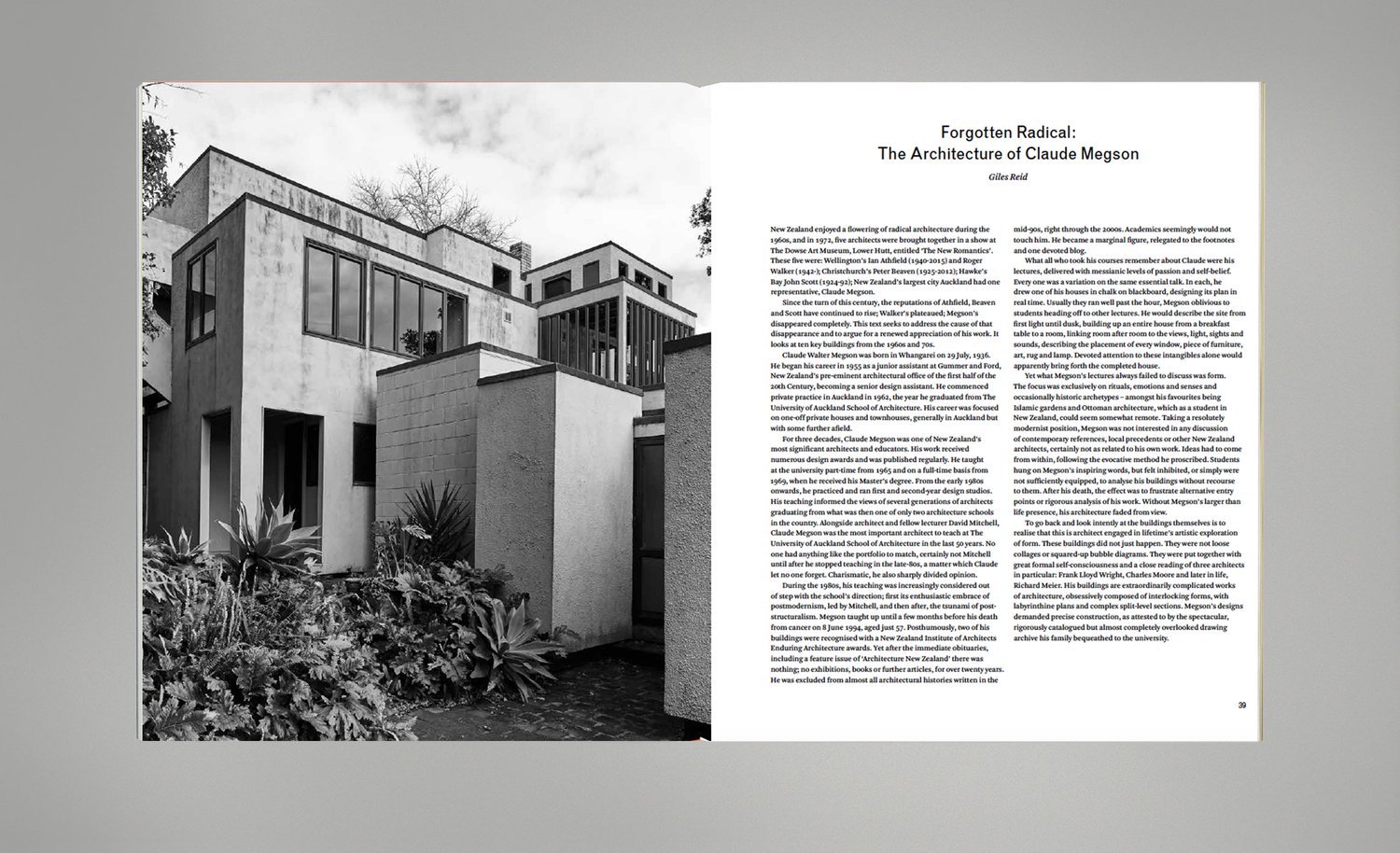 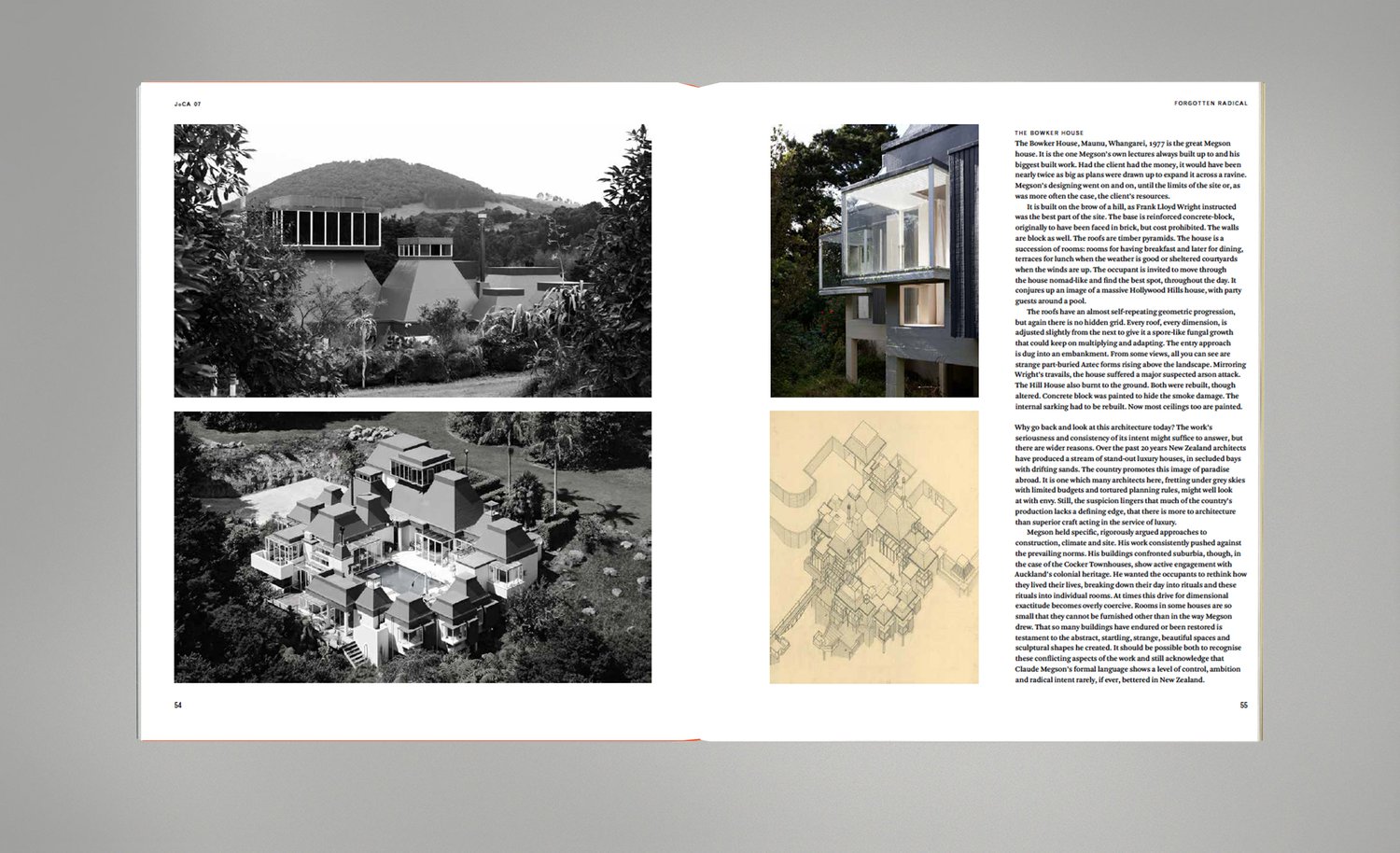 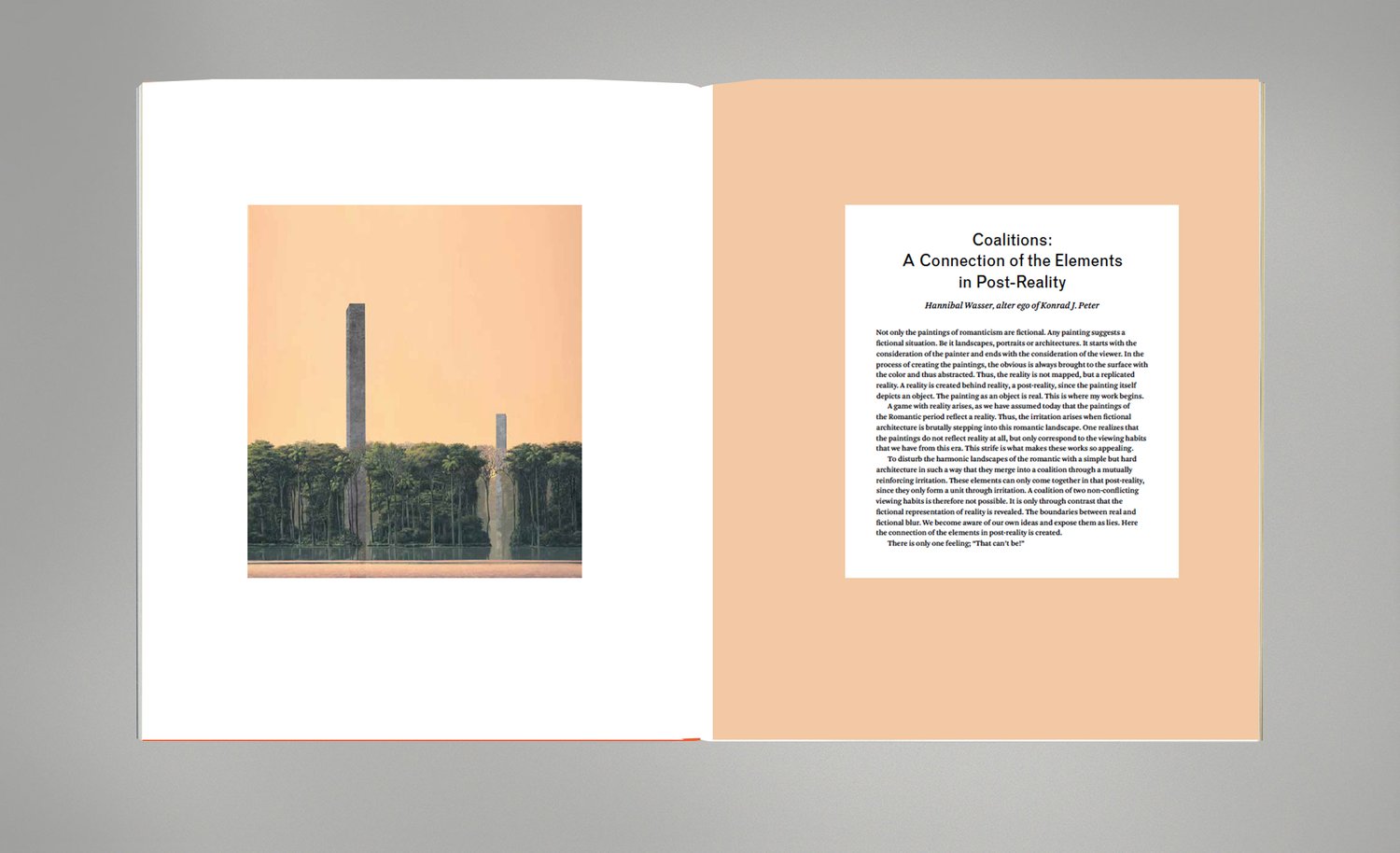 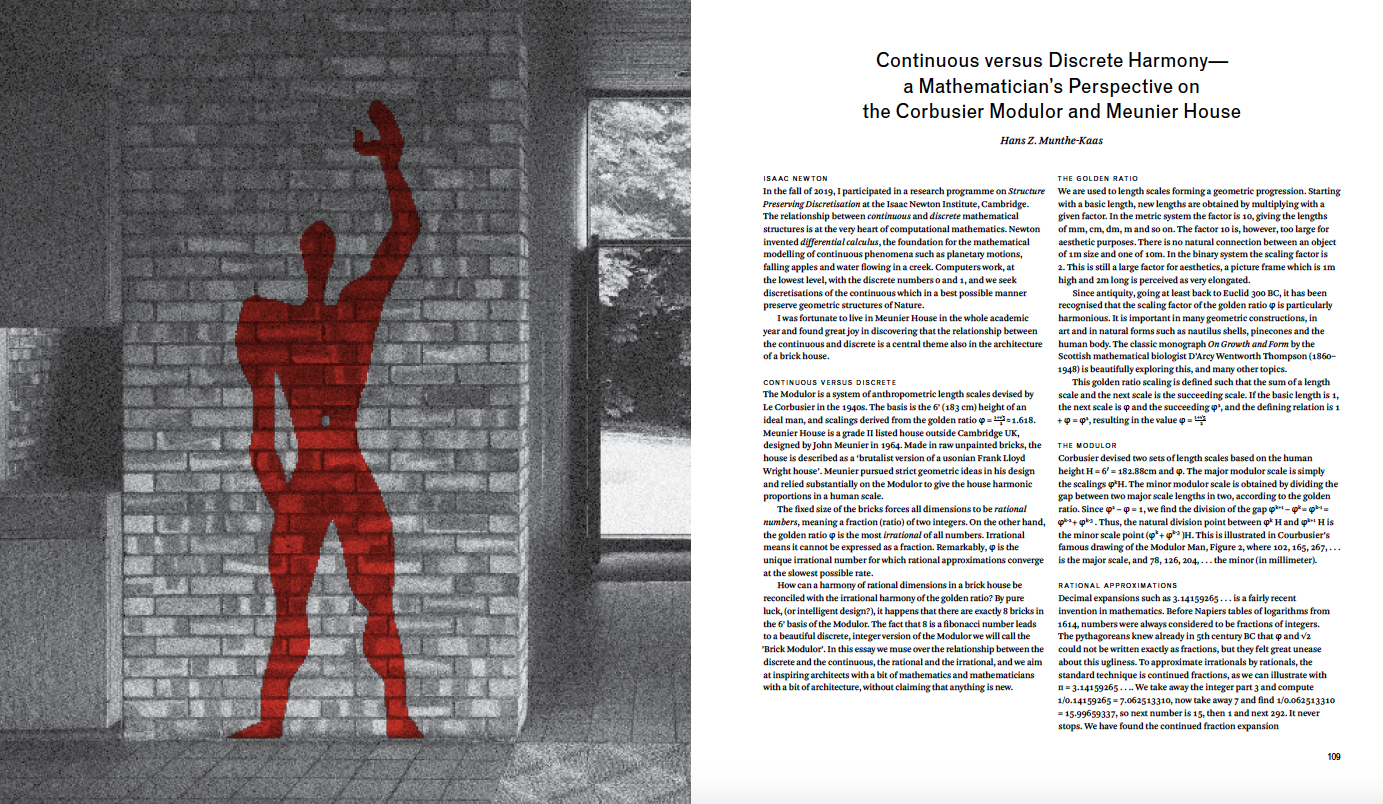